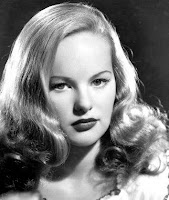 I have always been interested in gangster films. Maybe my favorite film is the Maltese Falcon. It is arguably the first film noir. Hollywood still occasionally tries to do a film reminiscent of a Maltese Falcon, but nothing I’ve seen really gets the chemistry. The closest maybe The Usual Suspects. So wanting more, I have started exploring earlier films noir. Most of my information about the genre has come from a podcast called Out of the Past: Investigating Film Noir. I highly recommend this podcast to anyone interested in film. I’ve listened to their shows over and over, again. Their analysis holds something like the joy of seeing the films, because they are obviously passionate and knowledgeable.

As I listen through the Out of the Past series hosted by Clute and Edwards, I have come to realize what I like from a film noir. And it is a little surprising. I do not really enjoy the films that end badly for the subjects of the film. This is funny because you could almost say that a downer ending is part of the definition of a film noir. I like the ones where the lovers come together and it seems they might have a relationship as a couple. This realization has me wondering about the depths of my shallowness.

Let me give some examples. Gun Crazy is a film full of interesting moments. The courtship at the circus with guns. The lead actress and femme fatal Peggy Cummins is a totally hot babe (see jpeg above). She is also “crazier than a pair of waltzing mice”. Clute and Edwards describe the very point in Gun Crazy where the filmmakers were obliged by the Hollywood standards board to include a scene moralizing against criminal behavior. But that does not ruin the film as much as the ending. To me it becomes waiting for the inevitable.

Now compare that to the film Gilda. It is described as a Rita Hayworth vehicle full of Hollywood glitz. But also a film noir based on abnormal psychology. Glenn Ford in this case, seems to be the crazy member in a love triangle. He is shown to be punishing, and vengeful to an extreme far beyond any forgiving. Mind you, we as viewers of Gilda are never let in on the secret from his past that fills Ford with so much hate. Clute and Edwards keenly point out where the film veers away from film noir. Where the film should end in hopelessness for Rita. But Gilda ends with the couple deciding out of the blue to start over. Totally unrealistic considering what has gone before. Still I enjoy the false happy ending way more than Gun Crazy’s foggy finish. Here are some other films noir that might not have the big happy ending, but at least don’t depress.

I highly recommend His Kind of Women starring Robert Mitchum and Jane Russell. It was my favorite find from the Out of the Past podcast. It is just a whole lot of fun and weird. Surprise it was created by Howard Hughes. Rent it.